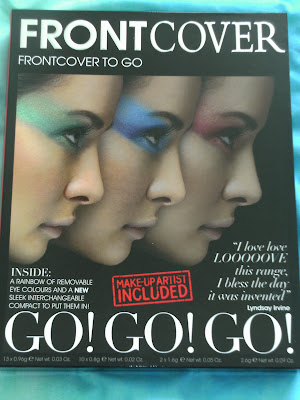 I first heard about Frontcover cosmetics 2 years ago when they first released their Rainbow Eyes palette and as I'm a sucker for anything colourful, of course I had to pick it up. Since then they have released several palettes and kits, usually for Christmas, but this year they also had a few palettes in the summer too. (You might remember I showed you their Mermaid Dreams palette here.) They have also made their Rainbow Eyes palette permanent and in my opinion it is probably their best palette to date, so well worth checking out. Frontcover palettes are available from Boots, boots.com and frontcovercosmetics.com. I believe they also deliver worldwide (not Boots though unfortunately).
Today I would like to tell about their new palette called Frontcover To Go. I apologise for being late with this, unfortunately I didn't get around to posting this sooner, but there was a great deal on this at Boots just this last week. It normally costs £35, but it was reduced to £16, but it's also part of the 3 for 2 gift promotion, so you can still save on it. And you never know, it might be reduced again before too long.
Frontcover To Go contains 20 eyeshadows, 13 of which are domed and 5 that are split in 2. The pans aren't huge, so working with the split ones can be a bit tricky, but not impossible. There are also 2 flat single eyeshadows. The great thing about this palette is that the individual pans are removable and you also get a small palette with 4 spaces to put your eyeshadows into, so you don't have to carry the whole palette around. Which is just as well as this is very bulky. You also get a double ended brush and a pot of Shadowline, which is basically a mixing medium that you can use to turn your eyeshadows into eyeliners. There is an applicator wand inside which is very good for lining your lids, it's pointy, but soft enough so you don't poke your eyes out with it.
The shades in this palette are mainly cool, you get blues, greens, turquoise, silver, gold, pinks, but there are some warmer shades too. The colour payoff is okay, the shadows are at their best when applied wet, but they work fine dry too. I apologise, I didn't swatch them, but I have created a couple of looks with them which I'll be posting later.
One more great thing about this palette and other Frontcover palettes is that you also get look ideas and instructions on the inside and the back of the box, and they are easy to follow and pretty helpful.
I'll leave you with loads of images of this palette and also my collection of Frontcover palettes and kits, hope you enjoy looking at them. I will be back soon with some looks I've created using this and other palettes. 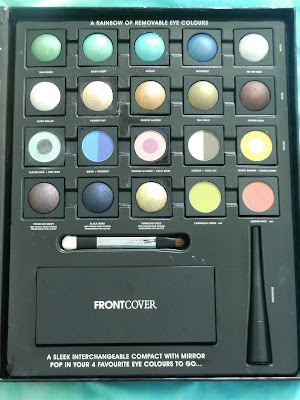 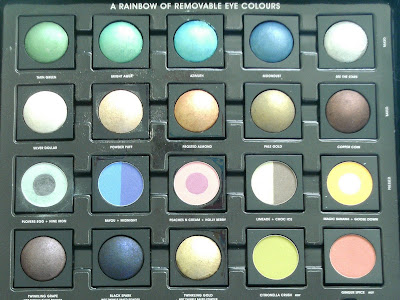 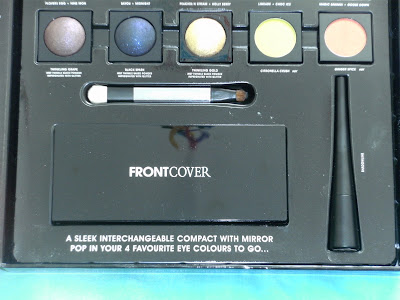 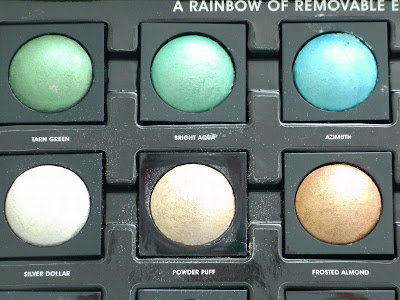 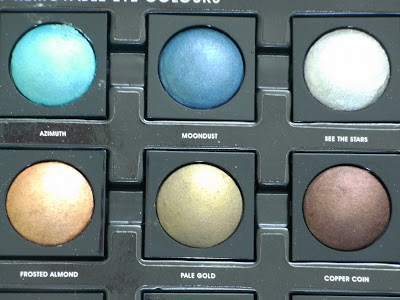 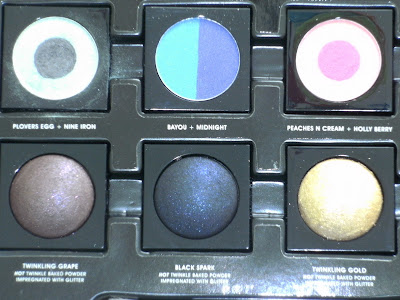 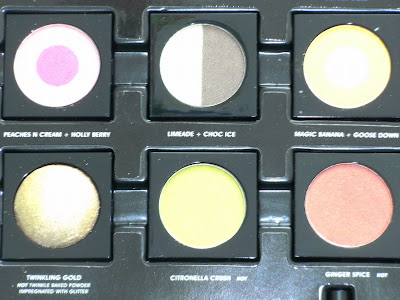 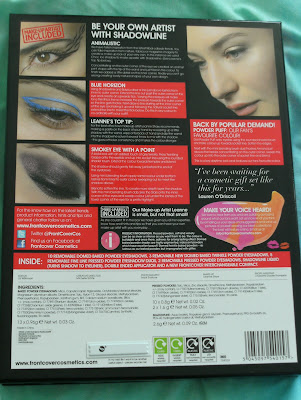 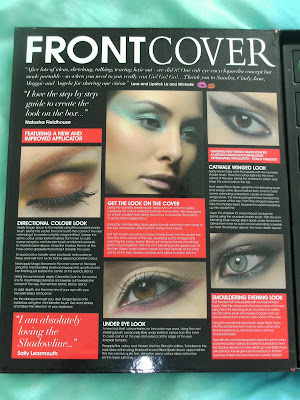 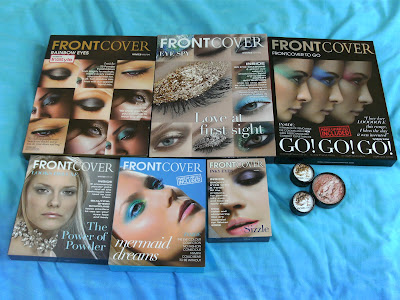 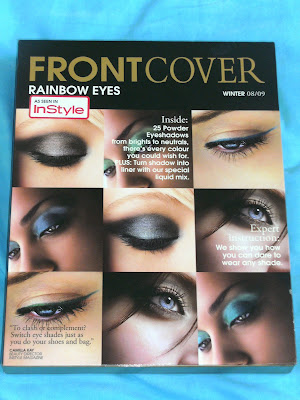 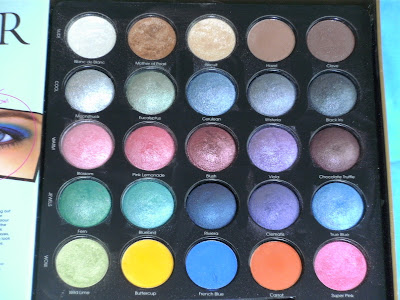 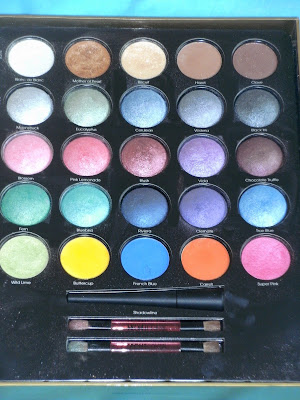 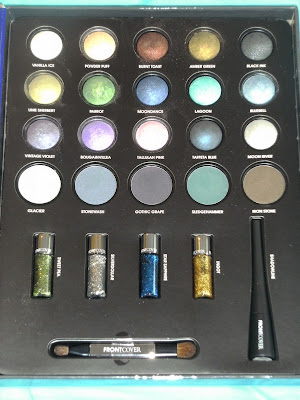 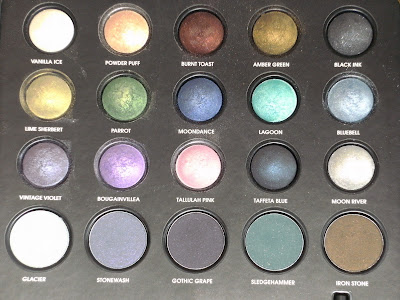 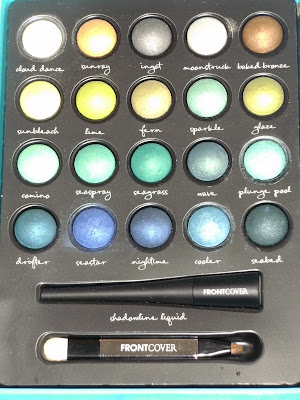 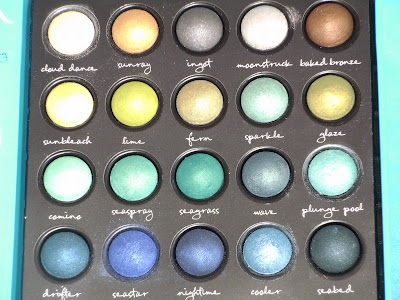 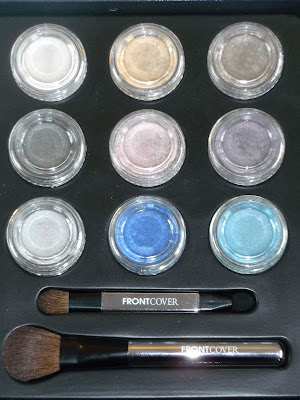 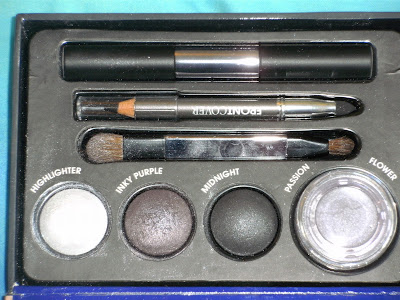 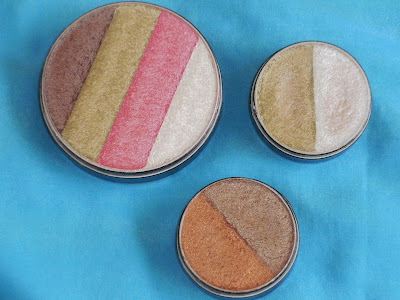