This is the second shades I have tried out from the Models Own Beetlejuice collection. (You can read my review on Aqua Violet here.) This is the only shade as well as Pinky Brown that's sold out already, I think a lot of people might have thought it was a dupe for Chanel Peridot that also sold out very quickly. I thought it was too, but it's not. Firstly it's hardly even duochrome, on me it's mainly light golden green, sometimes a bit darker from certain angles, but I don't really see the duochromeness you see in the bottle (and even that isn't that great).


Peridot is more gold with definite green and even some blue duo(multi)chrome. Anyway, I didn't buy Golden Green because I wanted a Peridot dupe, I bought it because it looked amazing in the promo pictures. It's nice, but not that special. This also chipped on me pretty quickly, similar to Aqua Violet, but I'm used to that. All in all, a nice polish, but don't expect it to be that amazing duochrome you've seen in the promo pictures.

What do you think of the Models Own Beetlejuice polishes? Did you buy any? 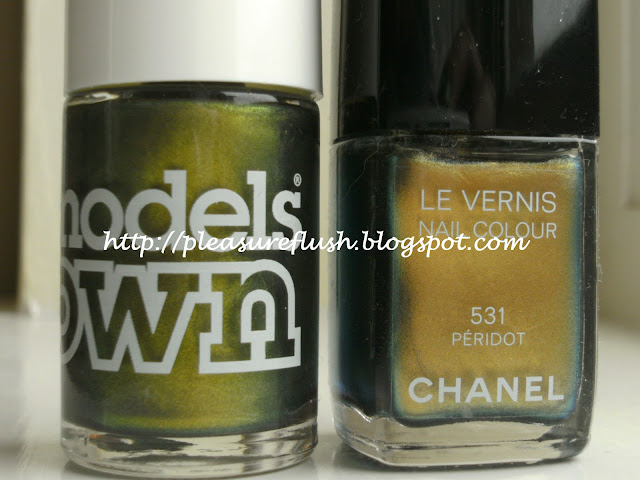