Estee Lauder launched a new collection called Pure Color Vivid Shine that contains (among others) 16 shades of Gelee Powder eyeshadows. These eyeshadows (well, 6 shades) initially came out in January and I have reviewed them here and here. I really liked the initial shades and the subsequent five colour palette that came out at the beginning of this summer, so of course I jumped on the Gelee Powder eyeshadow wagon once again. I purchased 9 new shades (leaving just one out) and here they are: 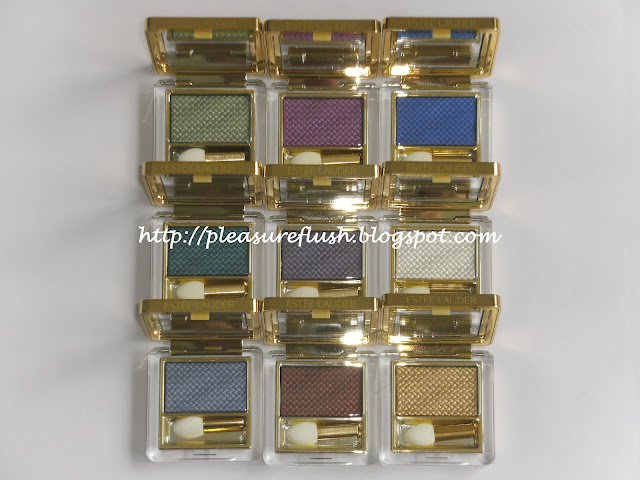 I bought Pop Pistachio, Magenta, Fire Sapphire, Ultra Marine, Electric Orchid, Cyber Ice, Arctic Sky, Cyber Ruby, Cyber Gold. The eyeshadows are devided into two categories: Vivid Shine and Cyber Metallic. The first 5 on my list are Vivid Shine and the last 4 are Cyber Metallic. I have no idea what the difference is, I think the Vivid Shine ones are less metallic and more pearly/satiny. The only one I didn't get (other than the original 6 shades) is Lights Out which is the black one. There is a black shadow in the Violet Underground fall eyeshadow palette, that will be plenty enough black for me.

I urge you to read my initial review, because these are basically the same products just with more colour variety and some less metallic than others. Overall I'm very pleased with these eyeshadows, although so far I have only used 3 of them, they swatched beautifully and the ones I wore lasted all day without creasing (over primer). You can use these dry or wet, they tend to be more intense when used wet, but I actually like using them dry. Over primer (I'm currently using Too Faced Shadow Insurance) they last all day long without creasing or fading and there's no fallout from them at all. They are powder, but feel like cream eyeshadows, very similar to the Mac Extra Dimension eyeshadows (limited edition from May).

The Vivid Shine eyeshadows are all limited edition, and I believe also Arctic Sky and Cyber Ice are limited, but the rest of the Cyber Metallic eyeshadows are now permanent. The most interesting shade of the collection for me has to be Arctic Sky, it's a beautiful duochrome light blue/pink/purple. My pictures don't so it justice, it's really stunning. I'm also very happy about Pop Pistachio as I also wanted a green shade and Pop Pistachio is a very pretty one. I guess it depends on what colours you prefer, but the blues are also very nice and so is Magenta. Well worth checking out.

These eyeshadows cost £19 each. You get 0.9 g which is pretty small, although I think the formula is probably more ligtweight than powder. 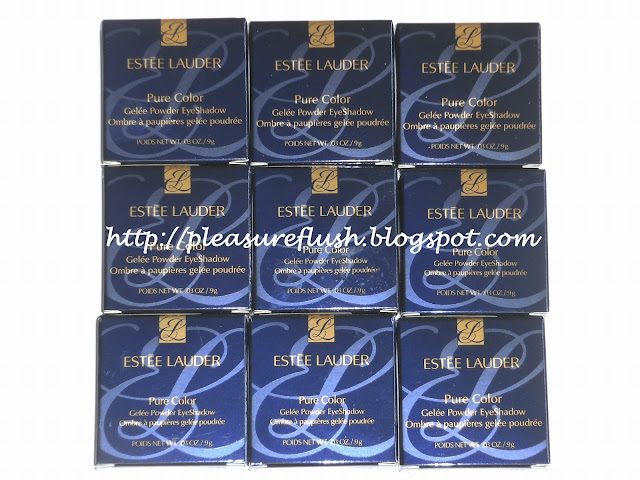 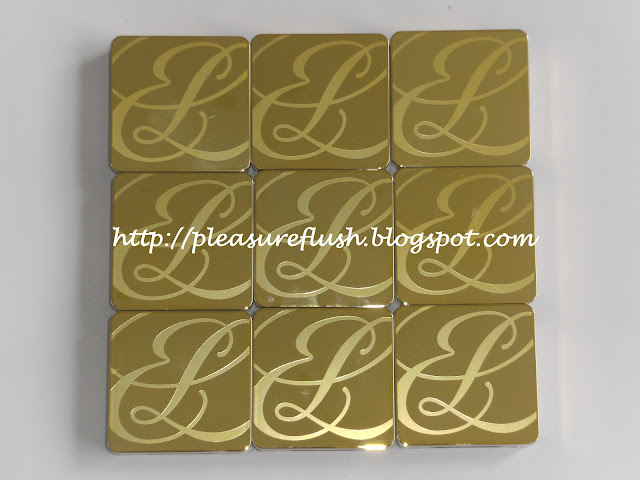 Finally, here are the swatches. These were all done with fingers, one swipe only. Sadly no pictures in sunlight as it was overcast, of course the moment I washed my arm, the sun came out. :(